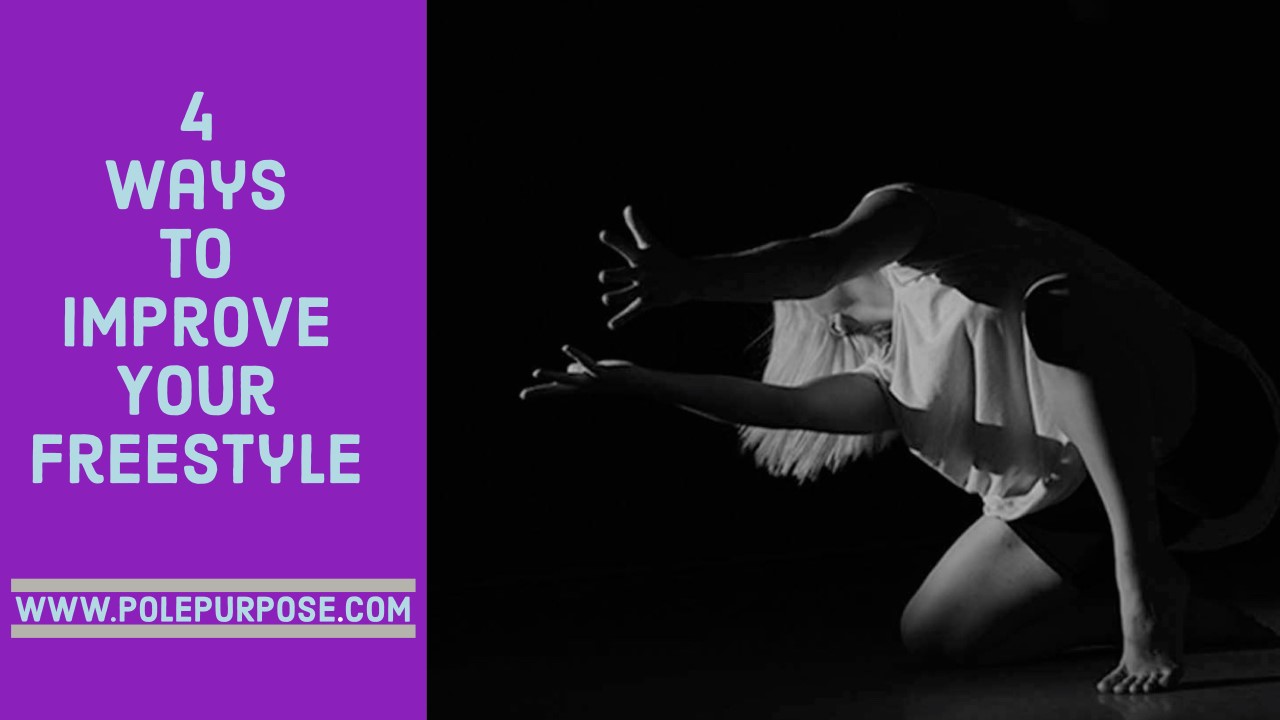 The most common barrier that stops people from taking part and letting go during an improvisation is fear. There is fear of what other people might think, fear that it could go wrong or fear that nothing will come to mind and you will be left standing there with nothing to do. If you are affected by any of the above, which most people are, here are four ways to get over it?

Working alone automatically eliminates the worry of what other people think of you. However, you have thoughts too so it is important that you are not so harsh on yourself. If you have read my eBook you will know that I record all of my improvisation sessions and I am not afraid to admit that I look totally insane on some of the film. It was weird at first, but I learned to accept that the movement won’t always look perfect and this left me free to keep doing weird and wonderful movement that meant something to me and that could potentially be used for performance.

A side note to practicing alone is that you might need a plan to keep you motivated. This will ensure you actually get something done during your solo improv. However, you don’t have to stick to it. Just have it there. Treat this session as you would if there was someone there telling you what to do. Where do you want to start, what do you want to focus on?

Force Yourself to Do it

Putting yourself in a situation where you are uncomfortable is the best approach to allowing yourself to become more comfortable. So, once you have spent some time practicing alone, it is time to go to a pole jam or an improv workshop. It’s not as scary as you might think because the 10 to 20 other people who you are sharing the space with are in the same boat and are probably having the same thoughts as you too. Also, understand that they are focusing on the same task as you, not you. They don’t have time to think about your movement because they are too focused on their own. The only time they might look at you is to form a relationship with you, but this doesn’t happen so much in pole, even though it should.

I always like to talk about the positives of certain ways of working and usually I refer to solo practice, but in this instance I think I should mention that either watching or taking part in group improvisations is a fantastic way to learn about a process. You can see how people relate to each other in the space, how they echo the movement of another dancer or how the space ends up zoning in on something completely unexpected.

Work With Your Own Stimulus

More often than not, we enter an improvisation with a thought or with a simple direction from whoever is facilitating the session. Sometimes there is no direction at all. If you fear that you won’t be able to think of anything on the spot and it is preventing you from joining in you should have a backup stimulus just in case the instructor doesn’t give you one. In pole, maybe that simple stimulus is to look at how the pole can be used at a low level without losing connection. Focus all of your energy to this and I can assure you that you will be occupied for as long as you need to be.

I see improvisation as an inquiry of what is going on in my mind. Sure, I can experiment with the structure that has been given but if I am not in the mood to do that I won’t force it and so I go off into my own land. Whoever is teaching the session would probably prefer that you remain true to your own impulses rather than generating movement for their sake.

Oftentimes, there is an option whether to enter the space or not in an improvisation and whilst you’re sitting there wondering when is the best time to go in you may have missed 10 opportunities to electrify the space with your movement. If you get the impulse to do something, do it. Don’t question anything.

There have been occasions where I have been fixated on how the audience are viewing the movement and I end up creating scenarios in my head. To some extent I think this is a positive way to study the space and to learn how it can be manipulated in order to entertain an audience, but unless you’re improvising with the intention of choreographing something, it doesn’t necessarily matter what the audience is going to get from it so don’t concern yourself with this. Just move and continue to trust that you know what you’re doing.

Overall, practicing alone will help when it comes to sharing the space with others and having a backup stimulus will prevent the worry that you can’t engage. Take these tips on board and I assure you that you can start to enjoy improvisation and its many benefits.

If you need more back up stimulus or if you just want to improve your overall movement vocabulary, check out Choreography Cards for endless amounts of creative fun.

How to Shoulder Roll Tutorial

How to Pick Up Choreography