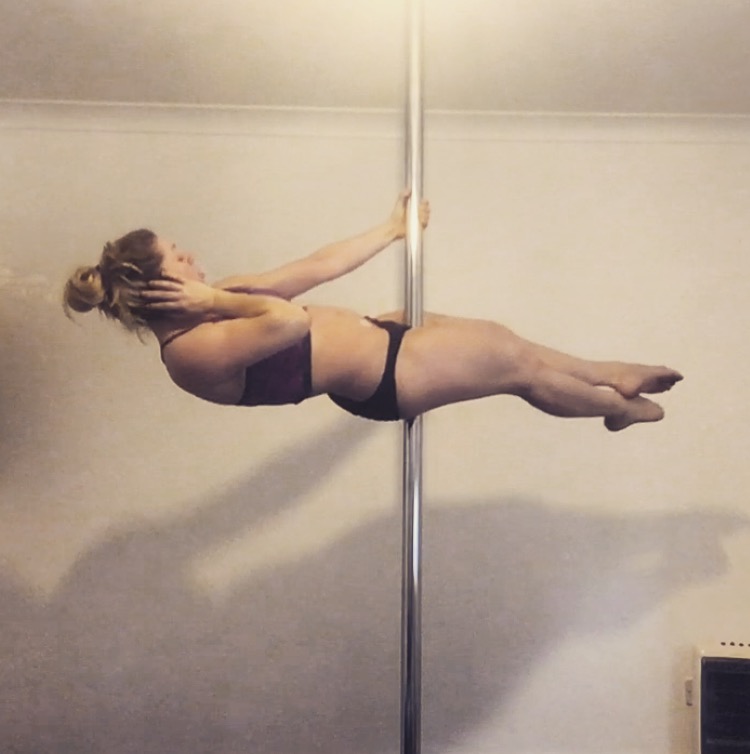 The great thing about improvisation is that there are no rules, unless you create the rules yourself. The only time I give myself set instructions is if I want something specific from it like only using the area around the pole if I am trying to generate some floor movement, or maybe I’ll see how long I can stay up the pole if I want to come up with a new combination. Either way,  I never force myself to spend the entire session doing either because I think that then goes against the whole point of improvisation; to be spontaneous!

The basis for a lot of my class work, or even my performance work, stems purely from improvisations similar to the recording below. Sometimes I watch material back and the movement doesn’t say anything to me at all, but then there are times when I can pick lots out from it. This clip shows a very pure improvisation which looks as though it was influenced by music. However, at this point I had already been improvising for about 30 mins so my head was in a different space. Any piece of music could’ve been playing and it wouldn’t have mattered. I think the intention of the movement would’ve been the same.

When looking at the material I wasn’t looking for anything in particular, but the connection I had with the pole is what stands out the most; I’m moving around it first and there is a laugh (I seen that in a dance a few years ago and haven’t forgotten about it) it’s almost as if I see the pole is another person that I have a weird relationship with. Reading something into this connection would allow me to go off and figure out what that relationship is and how it could be worked into a full piece of dance.

Along the way I would learn something about myself which is why I’m always talking about how dance can promote self-discovery, particularly creative dance and how you could spend hours analyzing every detail. Right now I don’t have much to say about this clip apart from that I like its authenticity and because of this I wouldn’t change too much of it. My initial thoughts would be to develop some of the movement near the beginning and possibly delay the climb onto the pole so it doesn’t look as rushed.

How much do you change from your improvisations?

Rehearsing with the Right Pole