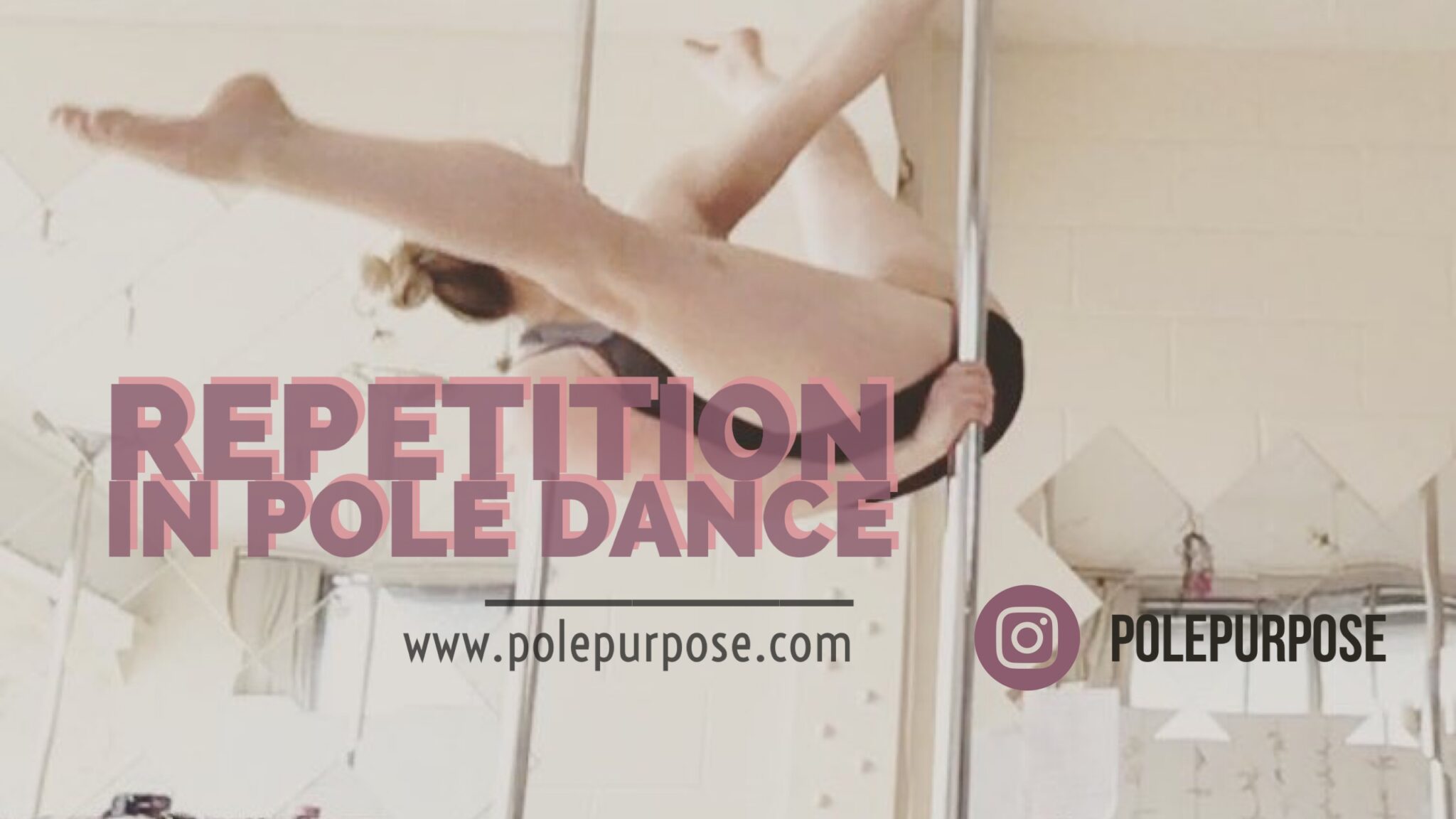 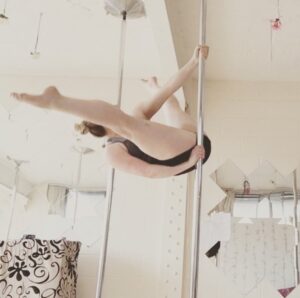 The use of repetition in pole dance is not something that is seen very often which is a shame because it can be a very useful choreographic device in all fields of dance, including pole dance. When I speak of repetition I am referring to the “duplication of a movement or movement phrases within dance choreography.” As I result of this I will be focussing on pathways, mounts and dismounts to the pole and how some of this movement could be repeated with development.

Why You Should Use Repetition

If you are considering utilising repetition as a creative strategy, but are wary that it could be viewed as lack of originality, think about this; even though the movement may look the same as before it is different. Nothing you repeat is ever going to be the same as the first time because there is new intention, emotion and reasoning for the choices you are making as you create dance.

Furthermore, you can repeat something without repeating it. What I mean by this is that you can transform something from its original state. Let’s say for example you do the same arm gesture between each of the three climbs you do to reach the top of the pole – without changing the original idea you could develop it by altering the pathway from front to side, from soft to sharp or from straight to jagged.

As impressive as it is to watch the first or second time round, power moves and tricks become boring if their sole purpose is to impress, which is why I don’t think they should be repeated if there is no justification for their inclusion in the work.  So, rather than focusing your energy on repeating the same trick, focus on repeating the minor details of the work instead such as pathways, mounts and dismounts.

What steps did you take to get to get to the pole?

Which direction do you tend to exit the pole?

Do you tend to jump on the pole, spin, climb or invert straight away? Are you repeating it?

Could what you repeat the steps you took to the pole, but in a different direction next time?

Could you repeat the spinning pole phrase on the static pole, developing where necessary?

If you take the above information on board and make use of repetition in pole dance, your work will begin to further hypnotise audiences by displaying signature movements and reiterating what your work is about. Furthermore, as I said in “go easy on the tricks”, repetition allows the audience to relax as they enjoy your work because it is a great reminder of how the story began or how the work has evolved to get from a to b.

How to Enhance Creativity in Dance

An Interview with Meri Burgess