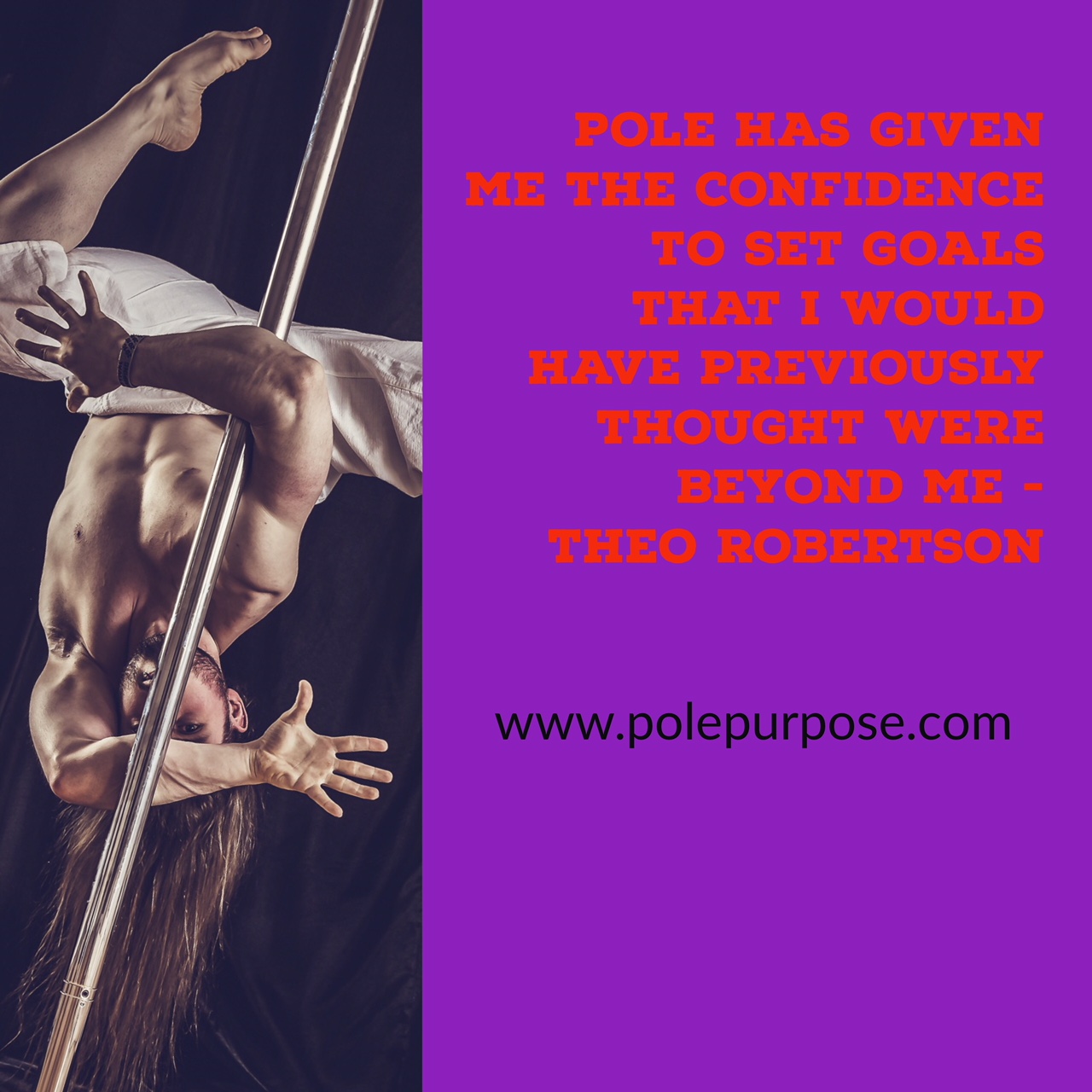 I first watched Theo Robertson perform at Miss Pole Dance UK 2017 in the Mr Pole Fitness category. I knew straight away that he was contemporary dancer, not only because of the way he moved his body, but because of the detailed quality of choreography. Throughout this interview he shares his autobiographical impulse to create this work, his current training at Scottish School of Contemporary Dance and key insights into how he creates his work.

Tell us a bit about yourself.

My original fitness background was martial arts through my teens, I started bodybuilding and rock climbing in my late teens, I then decided to focus on pole in my early 20’s and as of last August contemporary dance has been my main focus.

I originally found pole dancing through a girl I dated in 2011 – she spent weeks attempting to get me to a class, but was met with the typical “men don’t pole dance” response until she informed me that a mutual male friend, Joe Astell, had been training pole for months. Even then, I still wasn’t convinced; Joe then ended up practically dragging me to the studio he attended and showed me the more gymnastic element to pole dancing; he then taught me my first lesson and I was hooked.

A year or so passed with me training rather inconsistently and focussing entirely on tricks; the studio I attended at the time then recruited a new flexibility instructor who incorporated his dance background into his teachings. During these classes, Shaun Stickland taught me my first few jumps and through watching him dance, I completely fell in love with all styles of movement. Shaun has since been a co-choreographer to nearly all my pole pieces and I attribute past successes almost entirely to him; it was even thanks to him that I am now studying a degree in contemporary dance.

When did you choreograph your first piece of work?

My first performance was a duet only two months after my first class. Joe being his impulsive self, had signed us up for a show before ever asking me! I hated him for it at the time, but it got me over the fear of my first performance early on, so it ended up being very beneficial for me.

The first piece I choreographed entirely by myself was earlier this year for the Pole Performance Competition up here in Scotland. It felt entirely different to my previous performances as I always had Shaun to bounce ideas off and it gave birth to a whole new level of vulnerability; for the first time, I was overly-nervous about how the audience would perceive my piece as it was the first piece where I used the skills that I learned during my first few months at SSCD. 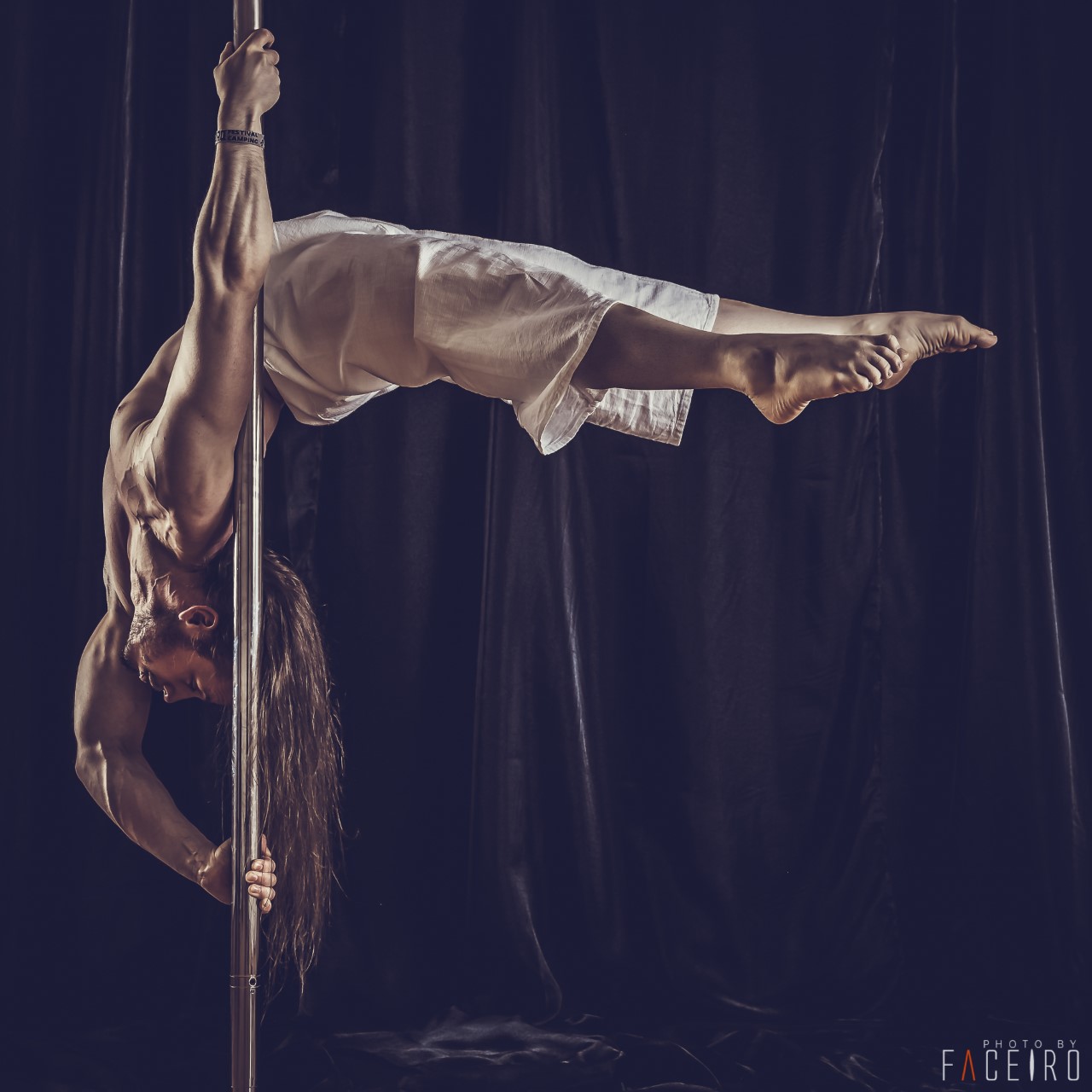 What tends to stimulate your creative thoughts?

From my experience so far, my ideas seem to entirely come from ideational and auditory stimuli. Most of the time, it starts when I hear a piece of music that really resonates with me: These songs will conjure up a story in my mind without me actively planning it and as soon as the story is there, it sticks with me. In the instances where the story doesn’t seem to fit the music, I’ll store away the idea until I hear a piece of music that fits.

Strangely, the stories usually have nothing to do with the music; for example, “Eros” by Ludovico Einaudi made me think of a man who loathed himself due to having been born blind. During the piece, he suddenly gains the ability to see and despite him initially being confused and scared, he fights to understand everything and learns to embrace his new sense.

How do you think your experience as a professional dancer/choreographer has informed your pole practice?

I would not yet consider myself a professional dancer/choreographer out with my pole practise. Although I have loved dance for many years, I only began formal dance training in August 2016; prior to then, my only dance experience was purely through floorwork that Shaun had taught me for pole performances.

However, my training at SSCD has made me far more interested in creating slight variations of moves that better fit my pieces rather than sticking to the stock positions; It has also made me experiment a lot more than I previously would have.

What is your favourite part of the creative process?

I tend to get overly excited whenever I think of subtle ways of linking movement to the story and music. My favourite example of this is also from Eros, where I attempted to convey the blind man’s self-loathing by spending the first minute or so of the routine with my head turned away from the audience; only a minor change to the choreography but I feel it had quite a large impact on the initial feel of the piece.

What do you find most difficult about choreography and how do you overcome this?

The hardest part for me is definitely trying to keep the same character while up the pole, as well as on the floor. The way I try to get around this is by thinking of words that would describe either my theme or my character and use those words to either pick appropriate positions/tricks or if I’ve already got a trick in mind, I will try and create a slight variation that somehow encompasses the descriptive word; if you’re after a creepy feel to a move, try and articulate, rotate or bend in a way that doesn’t seem “normal” or if you’re trying to seem powerful, try and make yourself seem as big as possible.

What, if any, do you think are the psychological benefits of creating your own work?

Creating work can swing two ways for me – usually, I really enjoy pieces I create as they can work as a focus that makes you ignore any daily stresses you have and just enjoy moving for an hour or two.

On the other hand, my MPD 2017 piece was initially influenced by my past experiences of two close friends having committed suicide – it had been several years, so enough time had passed for the topic to only bring up feelings of nostalgia and sentiment but sadly, I had one of my closest friends attempt suicide during the creative process.

All three friends used/attempted the same method, so my choreo sessions couldn’t not be affected by this – there were times I would write material and have to scrap it because I wasn’t able to keep my composure when performing the movements.

If you haven’t already mentioned it in a previous answer, what comes first during your process, the pole or the floor movement?

The pole sections are usually where I begin as these sections are arguably the most important part of a pole-based routine. I’ll figure out which positions I feel need to be in the piece, which section they would best fit into and then I’ll add other pole movements into the mix to make everything flow.

If you could give readers a piece of advice for creating their dance, what would it be?

If you haven’t previously researched Laban movement analysis, I would highly recommend it. Experiment with his principles of space, weight and time and you can adapt any movement or phrase to fit in with your story/theme progression.

If you can, find a friend/anyone who will be brutally honest with you and get them to critique your routine. Someone that will tell you what you need to hear, rather than what they think you want to hear; sometimes, movement you like just doesn’t work in a piece and having someone to tell you so is very handy.

If you were hiring a dancer to perform your work, what would you look for in them?

As much as I would love to have someone who is amazingly strong, flexible, picks up material quickly and has a high attention to detail; I would much rather pick someone who is down-to-Earth, is willing to invest time into the work and isn’t afraid to add their own flair onto my movements.

Even if you are the best dancer in the world, don’t act like it. If the second-best dancer has a better attitude towards their peers, I would choose them as they would likely be far more fun to work with. 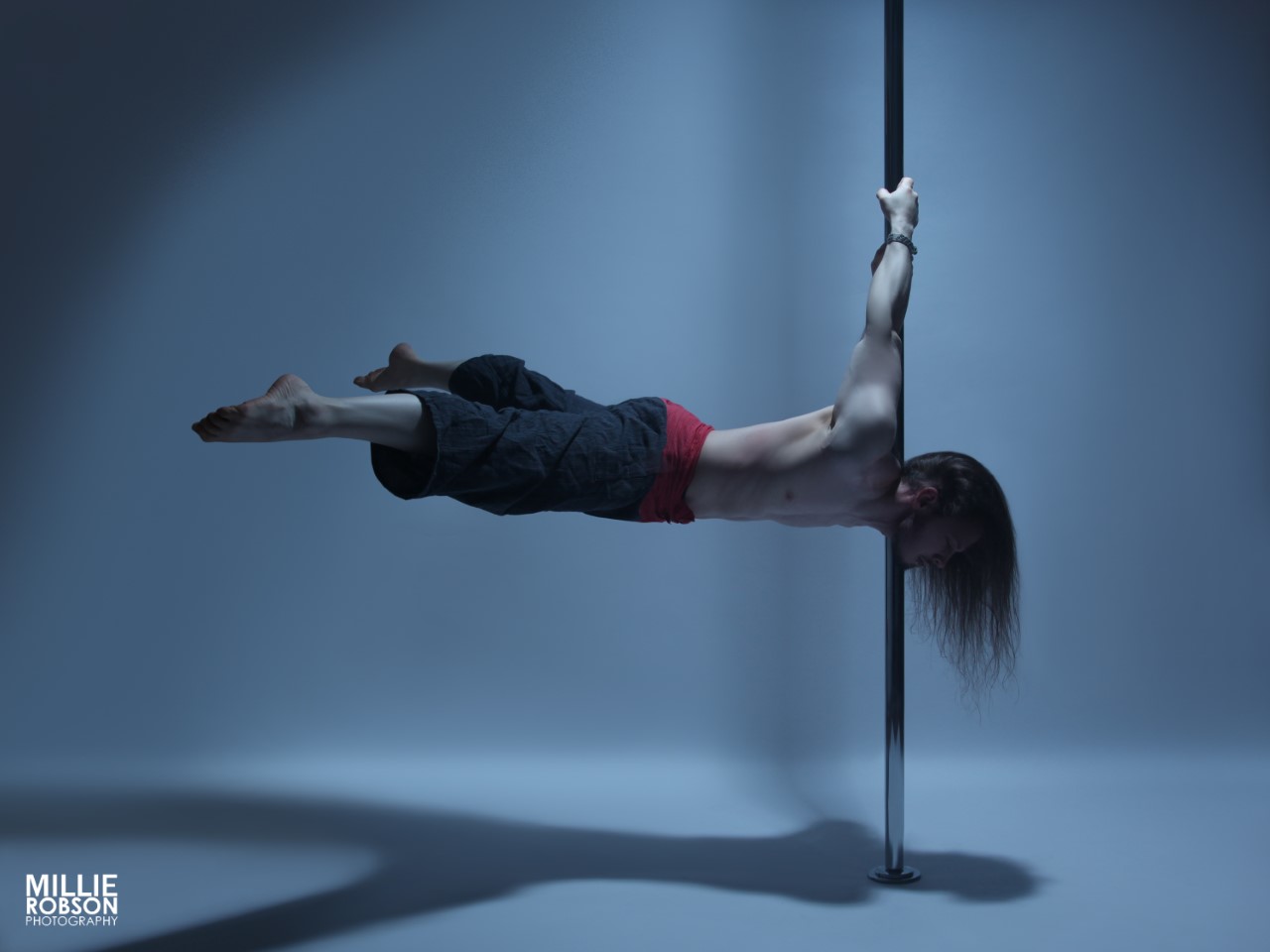 What sort of time frame do you give yourself to create a new piece of work?

I always plan to give myself as much time as possible to choreograph and learn my work, but my life doesn’t ever allow as much time as I would like. Nearly all of my pole choreographies have been written and then performed within a month; sometimes, my first full run has even been on stage.

Finally, what does pole dance do for you?

Pole dance has opened so many avenues for me. It has introduced me to some very close friends that I simply would never have met without the pole community; it allows me to travel a lot more often than I normally would; it has led me down a life path that I never saw myself taking and it has given me the confidence to set goals that I would have previously thought were beyond me.

If you enjoy reading about the process of pole dance choreography, check out Speaking through Movement and keep up to date with Pole Purpose by following us on Instagram and Twitter.

An Interview with Clem Piller

An Interview with Mel Nutter – Baudelaire